Alphadello: U is for Umbrella Bird 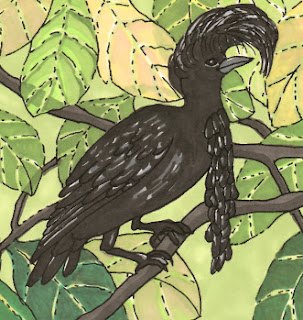 The decorations of the Umbrella-bird are as beautiful as they are bizarre...a high, arching mass of feathers, overshadowing the entire head and beak, continually spreading and partly closing again, as the bird's emotions change.


The Bird, Its Form and Function, by C. William Beebe (1906). Click here to read the book online, or download it free, from the Internet Archive.

Posted in 2 days ago in my ABC of Birds on Alphadello.

Posted by Joanne Stanbridge at 10:33 AM 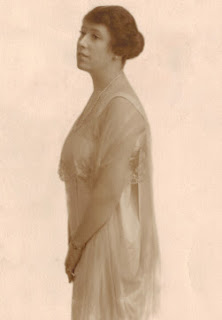 Mona's husband Herbert remarried and went on to a distinguished career as a Supreme Court Judge in Vancouver. He died in 1957 after a long illness.

We don't know much about Mona and Herbert's son Archie, who was living New Westminster, BC at the time of his father's death. We know more about their younger son, Phil.

During the Second World War, Phil flew 39 missions over France and Germany and earned a Distinguished Flying Cross. After the war, he returned to Vancouver and became a broadcaster and sports writer there. He also became a world-class bridge player. He died in 2012, leaving a wife, two daughters and a son, two stepchildren and five grandchildren.

----------
This concludes the story about Mona and her family. Coming up--our final chapter--about Archie and Corrie's youngest child, Phyllis. She outlived the rest of the family by nearly two decades and saved their photos, letters and documents for posterity. Without Phyllis, this Storydello series would not exist!
Posted yesterday on Storydello.
----
Image: Photo of Mona Natalie Knight, circa 1925, courtesy of Mary Elizabeth Clark, Cobourg, Ontario, 8 August 2014.
Posted by Joanne Stanbridge at 4:06 PM 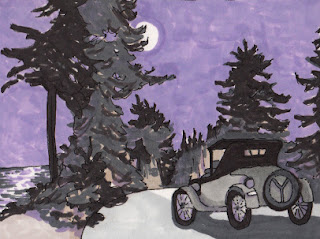 March 26, 1934. Four years after Mona's death, her daughter Barbara was driving home from a movie with a boyfriend. The young man rounded a curve too fast, and the car flipped over. Passers-by were able to rescue him, but Barbara died at the scene of the accident. She was just 19 years old.

It's hard to imagine the effect of this tragedy on her relatives in Kingston. Her grandfather Archie died the following year, and his wife Corrie four months later. It was the end of a very painful period in the Knight family story.

Posted today on Storydello.
Posted by Joanne Stanbridge at 8:45 PM

Alphadello: T is for Turkey 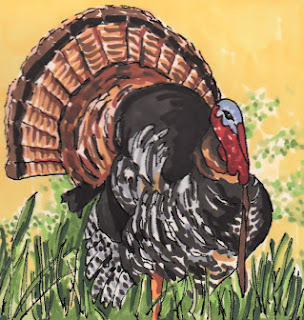 Good cover for turkeys includes trees 6 or more inches in diameter and at least 30 feet high. The birds roost in trees--usually in the largest ones--and frequently in trees in swamps.

The text is from the book Wild Turkeys on Southeastern Farms and Woodlands, by Dale H. Arner and Verne E. Davison.

Posted yesterday in my ABC of Birds, on Alphadello.

Posted by Joanne Stanbridge at 7:26 PM 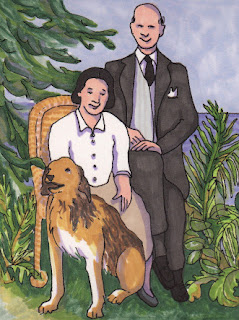 Mona's daughter was full of life and laughter. A year after her mother's death, she wrote a chatty letter to her grandfather Archie:

"My friend is having a house party. There are going to be nine girls.... We will take turns cooking. I'm afraid I'm not much of a cook but I can manage breakfast all right... Please congratulate Aunt Phyllis for me, she must be a very good golf player..."

Posted by Joanne Stanbridge at 7:54 PM